Leaked version of Android 4.3 for AT&T’s HTC One appears 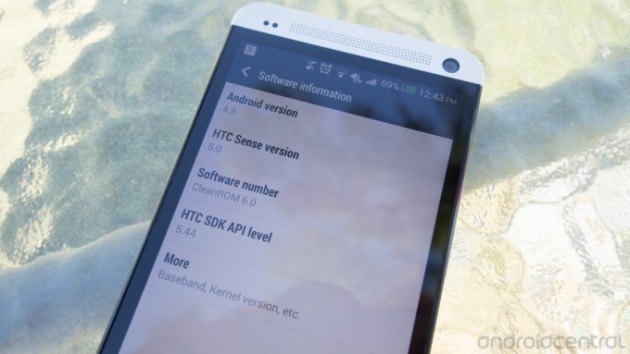 Well would you look at that! It seems as though HTC has made good on their promise of getting the latest versions of Android to their top-line devices as fast as they can. A leaked version of Android 4.3 for AT&T’s HTC One has appeared, and has been tested by Android Central’s Kevin O’Quinn— so far so good, they let us know. He hasn’t found any bugs, and fluidity is great.


If you want to test it out for yourself, an unlocked bootloader and custom recovery is required to flash it, of course, head on over to the source link.

Hopefully it won’t be long after that other carriers will start to have their own versions nearing release. Of course we’re all thinking Verizon here, but I guess I wouldn’t expect them to have it for a while considering it wasn’t too long ago that they actually started offering the HTC One to customers.
Posted by Unknown at 7:50 AM